In the mood for Merlot?

One Santa Barbara winery is banking on it

The long-lasting effects of "Sideways" on the Santa Barbara wine industry are well-documented. The Oscar-winning comedy from 2004 romanced Pinot Noir while delivering a blow to Merlot. Pioneer vintner Louis Lucas, who’s been growing wine grapes for close to five decades, saw it happen firsthand.

“Merlot got a bad rap in that movie,” he says. “Merlot became tough to sell, and California vineyards went ahead and removed 25,000 acres of Merlot by either grafting or replanting.” Lucas & Lewellen – the winery that Lucas started with retired Superior Court Judge Royce Lewellen in 1996 – took a cue from “Sideways” and beefed up its Pinot Noir production, too.

But Lucas is putting the spotlight back on Merlot now, in part because “it’s definitely making a comeback” with consumers. He’s putting his money where his mouth is, in fact, having just released a 2014 Merlot he calls “Judge’s Reserve.” At $58 a bottle, it’s the priciest wine in the Lucas & Lewellen portfolio. And based on club members’ reaction to barrel samples early on, it’s the first wine the winery has ever pre-sold. “We sold 50 cases while the wine was still in the barrel,” Lucas says.

The Judge’s Reserve, an homage to Lucas’ longtime friend and business partner, marks the renowned grower’s “renewed interest in Merlot.” It’s a new focus that goes beyond an uptick in consumer attention, though, and one that emerged straight from the vine.

“I was driving around the vineyard in 2014 and saw a spot I really liked,” Lucas recounts. “It was exceptional – grape maturity, uniformity of the vines, the flavors were great.” The block, growing by a creek and in clay soils speckled with rocks, reminded Lucas a lot of Petrus, the famed Bordeaux producer whose legendary wine, like the Judge’s Reserve, is 100% Merlot. And the vineyard’s location in mild, marine-kissed Los Alamos – a valley many might consider too cool to grow optimum Merlot – smacks of Bordeaux, too, where 60% of the vines are Merlot.

“People these days are growing Merlot where it’s way too hot – Merlot does not like it where it’s too hot,” insists Lucas, who grows 15 acres of Merlot across three different Los Alamos Valley properties. “Sure, the heat gets you a nice red wine, but you can’t tell it’s Merlot. And the world is full of ordinary red wine.”

The grapes for the 2014 Judge’s Reserve ripened slowly and fully. They were handled separately from the rest of the Merlot harvest and treated to two years in high-end French barrels. The wine, made by Megan McGrath Gates and with plenty of aging potential for years to come, is plump, curvy, and intense. It’s inky dark, and the flavors are a mouth-filling amalgam of dark berries, vanilla, and earth. A real pleasure. “I’m so happy it turned out unique,” says Lucas. Only 191 cases were made.

The bigger picture takeaway here, of course, speaks to Santa Barbara’s still-budding potential for growing quality Bordeaux wines like Merlot, Cabernet Sauvignon, Cabernet Franc, and Malbec. (Lucas has a new Carménère program in the works, too). The secret is in the setting – perfect pockets where these grapes will get whatever it is they need to blossom into exceptional fruit. Most of the attention locally is driven by heat in areas like Happy Canyon, Los Olivos, and Santa Ynez – warmth allows these grapes to develop, ripen, and mature all the way. In that sense, Lucas’ discovery in a cooler area like Los Alamos bucks consensus.

But site, and whatever magic it imparts, often trumps consensus. The proof is in the bottle. 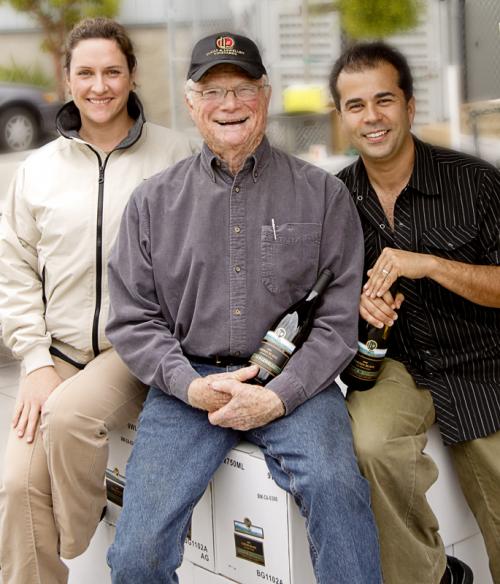 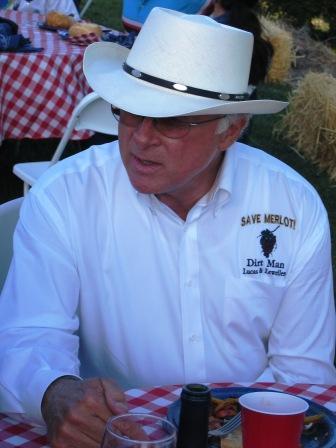